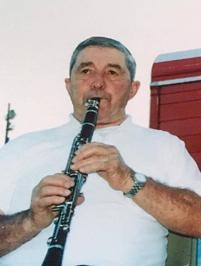 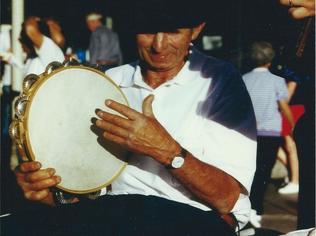 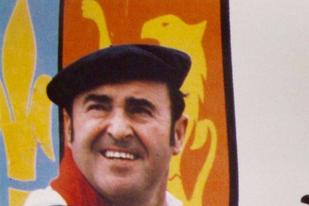 Juan Manuel “Bermeo" Uriaguereca  (1930-2013) was born on December 18, 1930, in Larrauri Bizkaia Euskal Herria, Spain, to Martina Uribe and Angel Uriaguereca. When he was 12 years old, Juan moved to Bermeo, Spain and learned the carpentry trade. After serving in the Spanish Army for three years in Africa, he married Felicidad Ozamiz on May 16, 1954. In 1966, Juan moved to Hagerman, Idaho and worked as a sheepherder for John & Sandy Company. He moved to Elko in 1974 and worked as a carpenter for Ormaza Construction and Mike Lesbo Construction. Upon his retirement, Juan started working at the Elko County Fairgrounds in 1993 for Angelo Puccinelli. In his spare time, Juan enjoyed fishing, camping and all Basque festivities.

Jean was born in Arnéguy, France. He attended the Conservatory of Music and became an accomplished musician/clarinetist. He also spent countless weekends teaching Basque Dancing to the young men of Elko.

Mercedes Mendive, a native of Elko, began learning the accordion at the young age of 10 from her mentor, Bernardo Yanci. By the age of 24 she was playing music professionally in and around Elko and has performed all over the Western United States as well as in the Basque County. She eventually became a recording artist and has continued to be  a musical support for the Elko Arinak Dancers.         mercedesmendive.com

Bernardo Yanci (1926-2016) was born September 16, 1926, in Lesaka, Nafarroa, to Fermín Yanci Petrikorena and Bixenta Elizondo Leiza both of Igantzi, Nafarroa. Bernardo had four siblings and grew up on a farm finding time between chores to play pelota and remonte. Drawn to music, Bernardo learned to play the piano as a teen knowing all along he wanted to play the accordion. His older cousin Pepito lent him an accordion and gave him lessons. Soon after, Bernardo's father bought him his first accordion. Within months he was playing at gatherings, weddings and other events earning enough money to buy another accordion. "It was a beautiful accordion," Bernardo had said. In order to migrate to the United States, at the age of 24 in 1950 Bernardo seized the opportunity to work as a sheepherder for his uncle Natalio Yanci in Winters, California. During the airplane flight to the U.S.A., one of the other young Basque men on the trip learned Bernardo played the accordion and suggested he play a couple songs. Hours later, the plane was landing and Bernardo had played songs the entire flight surrounded by singing and laughing...dancing was not permitted on the flight. He spent three years in California tending sheep and later escaped to the Hotel España in San Francisco, working as a bartender where he could once again enjoy friends, music, and food other than lamb and sheepherders bread made in a cast-iron pot. Bernardo later moved to Elko, Nevada, where he worked as a bartender. After a number of years he bought the Star Hotel with friend and business partner, Joe Juaristi, enabling him to moonlight as an entertainer playing his accordion. Bernardo's music and energy drew people from across Nevada and Idaho to come dance, sing, and laugh. It was during this time that Bernardo met his wife Estefanía Larrinaga Bilbao, of Mundaka, Bizkaia, who had come in looking for a job. Bernardo turned her down and referred her to a business down the street, so he could later ask her out for a date. Bernardo and Estefanía were married in Mountain Home, Idaho, in 1964. (Bernardo and Joe sold the Star to Juan and Flora Aldazabal and Joe and Anita Sarasua.) The newlyweds moved to Gernika where they were blessed with the addition of Egizkunde (Stephanie). They lived in Gernika for a short time, but due to the state of affairs in the Basque Country, they decided to move back to America. Once reestablished in Elko, they had their son Ricardo, and seven years later, Miren Begoña. Over the years Bernardo worked as both a carpenter and bartender, spending the majority of his time working at the Stockmen’s Hotel and Casino, Holiday Inn and the Red Lion Casino. He had become well-known for his smile, easy going ways, conversation and ability to mix a tasty Manhattan or a smooth Picón Punch. When not working, he relaxed by tending to his beautiful garden and curing his own "jamón." He also enjoyed playing mus. Miren remembers her father teaching her his various facial expressions, which are the signals one uses to communicate with their mus partner. She had a great laugh but remembers nothing else about the game. Bernardo cherished his time spent in nature, "God’s Church", as he called it. During the summertime, many a Sunday were filled with family picnics, complete with aluminum wrapped cola and Coors (to keep it cold, of course...), tortilla, pimientos, freshly caught rainbow trout and enjoying the beautiful landscape of nearby Lamoille Canyon. Yet what Bernardo is most known for is his deep-rooted love for music. He was a founding member of the Elko Euskaldunak Basque Club and was the accordionist for the Elko Ariñak dancers, playing music at almost every Elko festival for over two generations and for innumerable festivals and weddings throughout the American West. It gave him great joy to see others consumed by and enjoying music and dance. Bernardo passed the love of everything music and dance on to his children. In 1994, the North American Basque Organization recognized Bernardo for his lifelong contributions to culture and music and in 2006 Lesaka honored him for his cultural ambassadorship. The years passed and in 2007, Bernardo and Estefanía decided to move to Boise to be closer to Ricardo and their many friends in Idaho. And truth be told, to be closer to Golden Corral. Bernardo loved food and was known by family for his hollow leg eating capabilities. The years since were filled with family, friends, food, stories and laughs shared around the dinner table or over a glass of red wine in the backyard. Bernardo's youthful and hardworking spirit could not be stopped by a mound of dirt needing to be moved. One would think he was a "txinga" champion, at age 88 hauling buckets of dirt around Stephanie's yard this past summer all before morning coffee or before his family even realized what he was up to. Bernardo also enjoyed watching pelota and soccer on the television on weekends with Ricardo. They were like two old friends getting together... Bernardo loved to take trips with his wife to the Basque Country to visit their childhood homes, family, and friends. He was planning to travel again this summer with Ricardo. With his passport renewal in the mail, Bernardo had already started packing for his trip. Bernardo's unspoken philosophy was to live, enjoy everything, both simple and grand, and dream of what may await in the moments to come, even if that was simply a pork sandwich at home with his family while watching pelota. 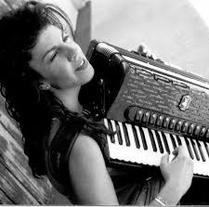